At the Petersen Automotive Museum, mixed reality gives fans an inside look at the iconic cars from Back to the Future and Halo.
Share

The Petersen Automotive Museum is home to one of the greatest collections of automobiles in the world, including many one-of-a-kind vehicles from film, television, and video games. To celebrate their 25th anniversary, the Petersen teamed up with the Comic-Con Museum to spotlight iconic cars in their collection. “Hollywood Dream Machines: Vehicles of Science Fiction and Fantasy” brings some of the most recognizable automobiles of all time into one exhibit.

Putting these vehicles into one exhibit was just the beginning. The Petersen wanted to bring a new element of theater to the iconic DeLorean from Back to the Future and the “Warthog” from the Halo gaming franchise. They wanted to create an immersive mixed-reality experience with HoloLens, bringing these fan-favorite vehicles to visitors in a whole new way.

Explore the inner workings of the DeLorean Time Machine with a HoloLens experience.

The HoloLens experience features an intimate tour of the legendary DeLorean Time Machine from Back to the Future, restored to its 1980s glory. And it’s not just anyone guiding fans through the experience—the tour guide is Bob Gale himself, creator and producer of Back to the Future.

The stories of the Warthog and DeLorean come alive through mixed-reality technology in a way that sparks fans’ imagination all over again. It makes for a museum experience as unforgettable as the vehicles themselves. 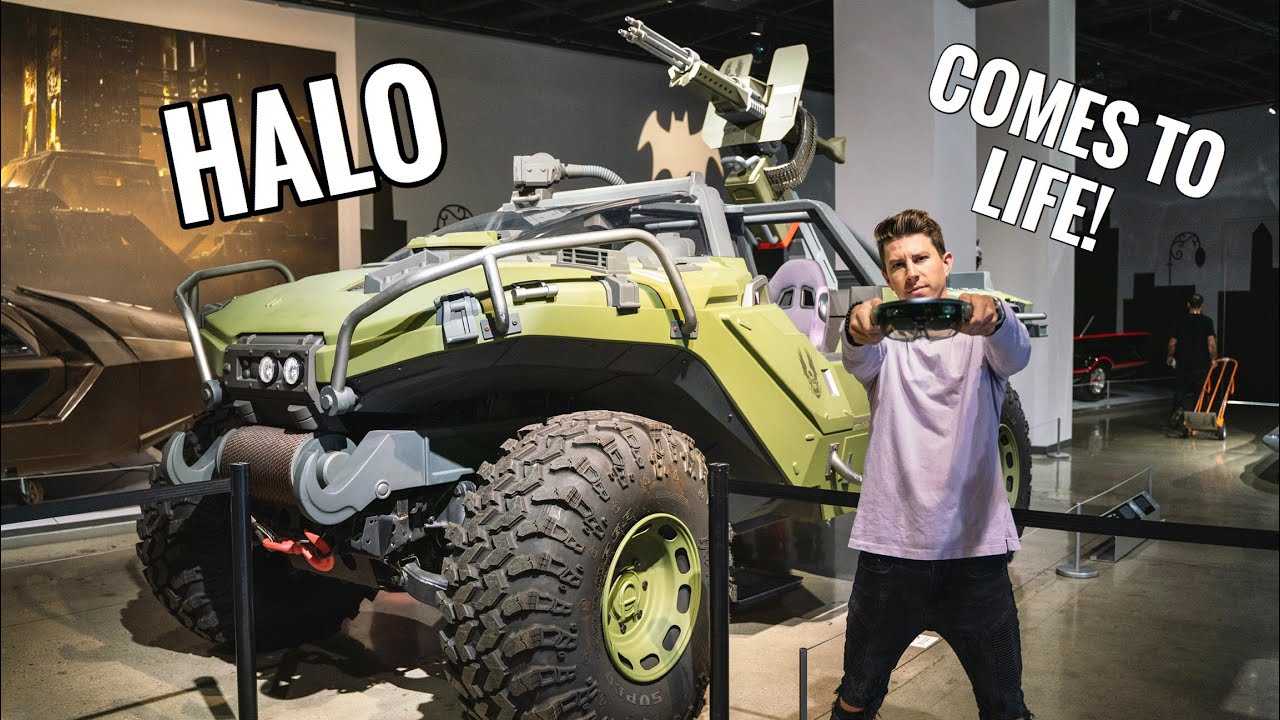 “Everybody’s been to a museum, but being in the mixed reality experience just takes it up a notch. It really brought it to life in a way I hadn’t experienced before.”

The making of an immersive exhibit

Learn more about how the team behind “Hollywood Dream Machines” curated the mixed reality experience—and how they actually managed to get all those iconic cars into the museum.

Go behind the scenes >

Head to Los Angeles to experience “Hollywood Dream Machines: Worlds Reimagined” in person. The exhibit is open to the public through March 15, 2020.

Petersen Automotive Museum launches an immersive HoloLens experience that takes visitors through the engineering and design evolution of the 1966 Ford GT40 from its 24 hours of Le Mans victory to today's 2017 Ford GT.

Explore how these visionary experiences smash the barrier that divides artist and audience, creator and composition, inventor and user.

Celebrating the women who defy gravity

Witness a new mixed reality installation to showcase women’s critical contributions to the US space program.