Every September, fashion industry insiders from around the world flock to New York City for Fashion Week. The event features elaborate runway shows from the industry’s most brilliant designers and dictates clothing trends for the upcoming season.

After a three-year hiatus, acclaimed NYC-based fashion label rag & bone returned to the highly anticipated event on Friday, September 6, with a dynamic presentation entitled Contrasts and Perspectives that defied convention.

Aaron Duffy, Co-founder of SpecialGuest.co, commissioned for "Contrasts and Perspectives"

Not one to shy away from innovation, rag & bone’s edgy aesthetic—characterized by directional, modern design and classical tailoring—has gained a sizeable following among forward-thinking fashionistas. So it’s only natural that they would showcase their clothes in a similarly fresh and unconventional way, harnessing Microsoft’s very latest Azure Kinect DK technology to bring the clothing to life in 3D.

The label sought to reimagine the catwalk for their show, with a custom-built robotic arm equipped with a built-in live-feed camera and Azure Kinect DK.

“While working with Miguel Espada, from Espada y Santa Cruz, on the project, we realized there are some things we get through the Azure Kinect DK that we wouldn’t normally get just from a straight video camera,” according to Aaron Duffy, co-founder of  SpecialGuest.co, the communications & arts company commissioned for the project. “The Kinect itself is actually helping us capture organic human movement, and building that into the robot so we have a less robotic movement… We also wanted to see volume; we’re getting to show the point clouds from the Kinect in real time.”

As the models sashayed down the catwalk (or in this case, around the stage of a modern amphitheater), the robot used the Azure Kinect DK, the Sensor SDK, and Body Tracking SDK to instantly capture the models and their garments from unexpected angles and unique vantage points, transforming them into 3D pointillist models of cloud-point data. The unlikely images were then projected for all to see in a multi-dimensional 360-degree view, on screens around the amphitheater—truly bringing the runway to life.

The presentation transformed the aesthetic experience of a fashion show, providing a holistic and detailed view of rag & bone’s collection that encouraged attendees to reconsider a conventional fashion show format.

rag & bone’s founder Marcus Wainwright is no stranger to technology, and sees big potential for the possibilities it can power for fashion. In fact, last February, the designer harnessed Azure Kinect DK to document an intimate event, the exclusive rag & bone supper party. 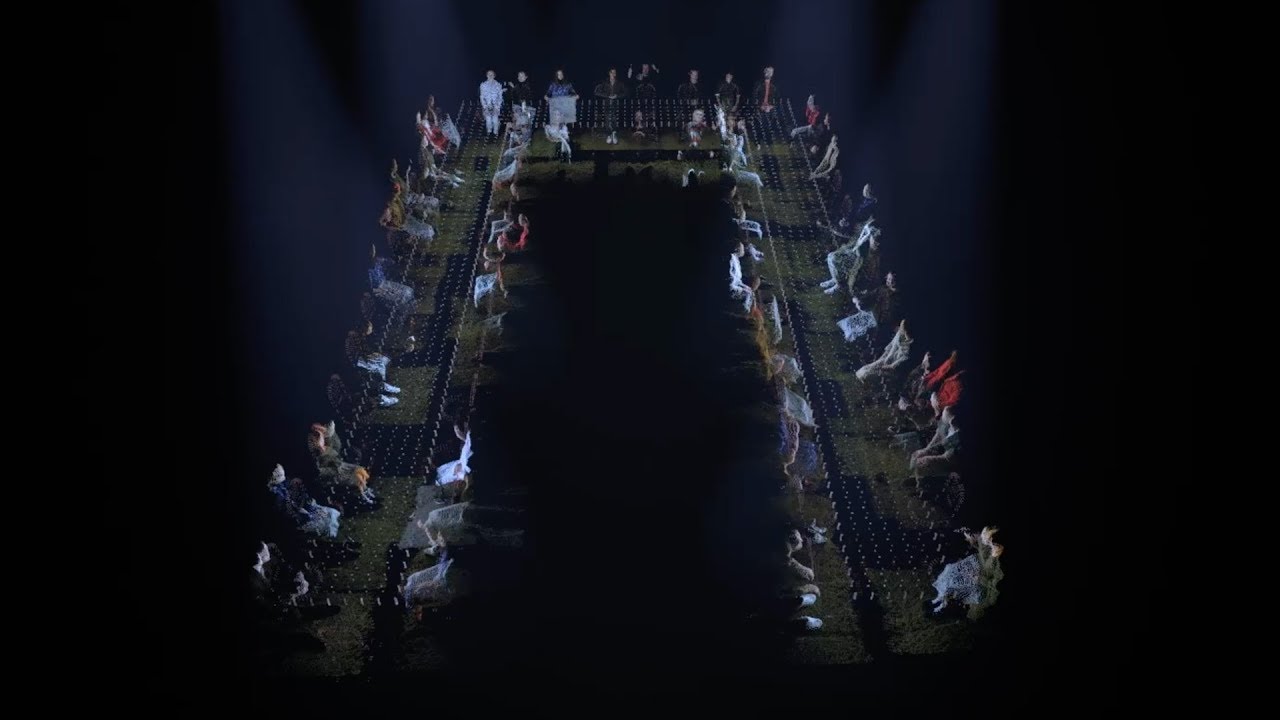 Fashion shows traditionally are just seen as a straight camera shot of someone walking down the runway. And we’ve always focused on different ways of seeing things, and incorporating technology into an otherwise analog situation …

rag & bone’s return to Fashion Week is more than just a one-time gimmick—rather, it signals innovative potential that tech holds to redesign fashion now and in the future.

Accelerating the Future of Fashion

Student entrepreneurs at London College of Fashion, UAL harness innovation across mixed reality, AI, and IoT to disrupt the industry for the future.

Natasha Franck is using Internet of Things technology to usher in a new era of sustainability in the fashion world.

A fashion collection is unveiled in a virtual world