These visionary experiences smash the barrier that divides artist and audience, creator and composition, inventor and user. They turn passive observers into active players and immerse them in culture. Dive in.

Sensory experiences that blur the line between creator and audience
Feel

What does it look and feel like to be enveloped by a song or piece of art? To go inside it so fully, it’s like glimpsing inside the artist’s mind? Meet these creative pioneers, who are using technology to build sensory experiences that blur the line between creator and composition.

Make music out of thin air

“I’m always trying to find out what the secret potential is of technology. What can you do now that you could never have dreamed of before?” – Brian Eno, Artist Go behind the scenes of Brian Eno’s Bloom

“It's very important for fashion to develop this type of relationship with technology, because fashion has not been really innovated in the way we produce, and definitely not in the way we consume.“

Watch the future of fashion unfold

Feel the impact of climate change in mixed reality

Mixed reality helps me because it's agony to have thoughts and dreams and visions and not have them realized. Having an opportunity like this conquers that demon—not silencing, but expanding a vision.

“The goal is to bring the audience and the performer as close together as possible, and to make them feel like they’re part of a unified experience.” – Matthew Dear, Musician Hear Matthew Dear’s interactive music composition

Learn more about the people and technology behind these immersive experiences—and how you can create one of your own.

Who gets to experience “culture”? How can the best of human ingenuity be available to all? Find out how these cultural institutions are using technology to create spaces where visitors from around the world can experience science, technology, art, and pop culture in a new way.

Walk through the hidden history of women in space

Learn more about their story

We all have wonderful imaginations, so we need to use every perspective we have, and it's incumbent upon organizations to make sure that they actively include people.

“Technology has served us well in that it allows us to make immersive, engaging, interactive storytelling. It’s a good reminder of just how much your quality of life can be improved if you make somebody laugh.”

Engage with comedy in new way

Trace the path through 3D maps past and present

“For me, it was very interesting to see a place that I’ve been to before, and then experience it through the HoloLens—it’s the same feeling you have, but in a different context. This technology exists to recreate feelings.” – Yves Ubelmann, Architect Witness history from every angle

“We’re bringing a very new experience, combining and fusing the digital space with our physical environment.”

Look under the hood to see the power of invention

“We have thousands of objects in the museum. Without touching them, it’s very hard to ignite your senses, get excited, and really learn about them.” – Michael Bodell, Deputy Director, Petersen Automotive Museum Get a virtual tour of an engineering marvel

Stories are how we humans learn and connect with the world around us. And like humans, stories and the ways we tell them are constantly evolving. These stories, told by visionaries from across the globe, blend the physical and digital to usher in a new era of storytelling.

Experience stories that ignite your senses

FoST (Future of StoryTelling) is bringing together the best and brightest digital artists from around the world to forge a new era of storytelling that captivates the imagination through technology. See the future of storytelling take shape

“We think about breaking the fourth wall in a lot of different ways. It’s allowing people to have agency, and they become an empowered part of the story.”

Meet other storytellers who are breaking the fourth wall 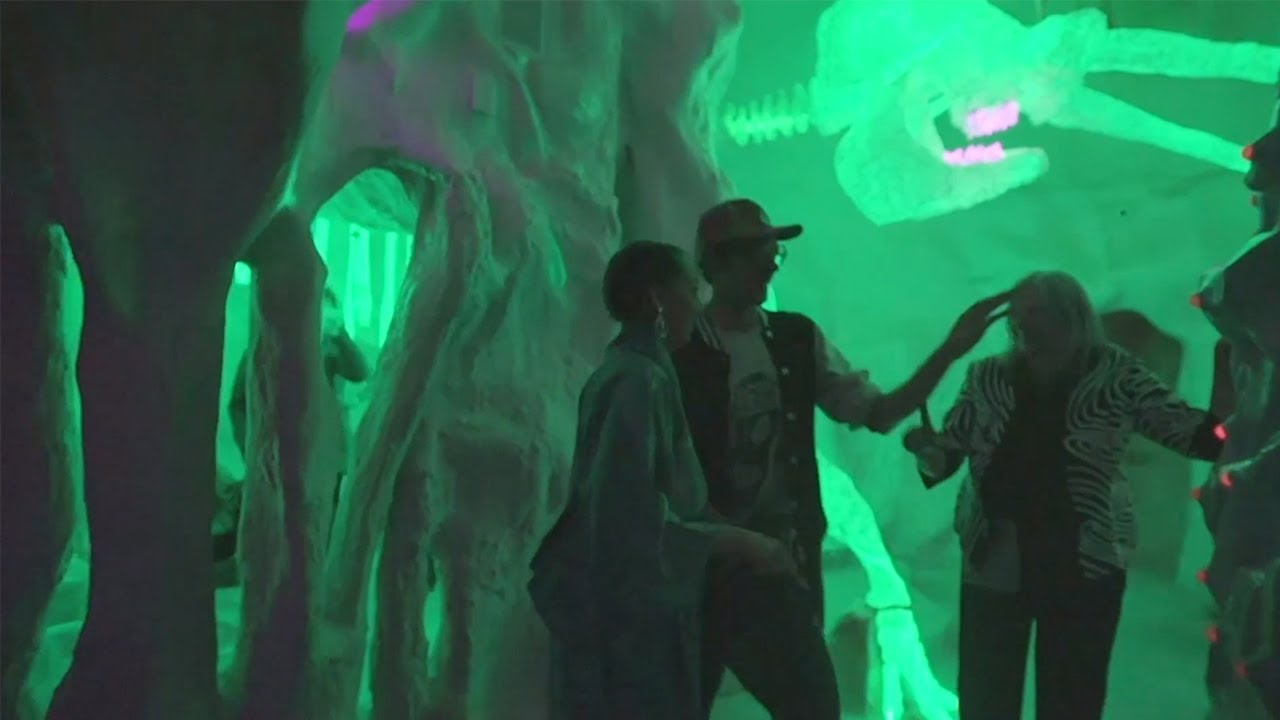 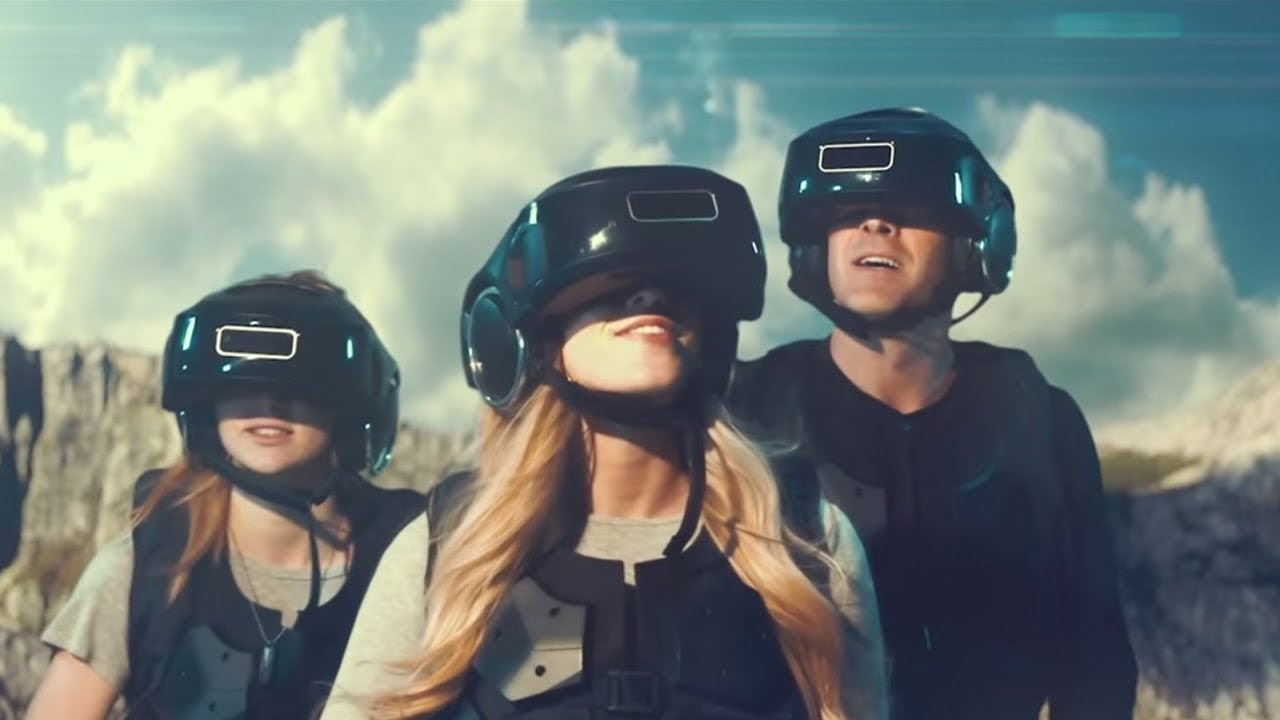 - Curtis Hickman, Founder, The Void in collaboration with FoST

“I’m excited about Altspace VR because of the simplicity of bringing people together, giving them the power in their own hands, and having the freedom to talk about their preferences in the way they want to live.”

Find out how VR gives voice to previously untold stories 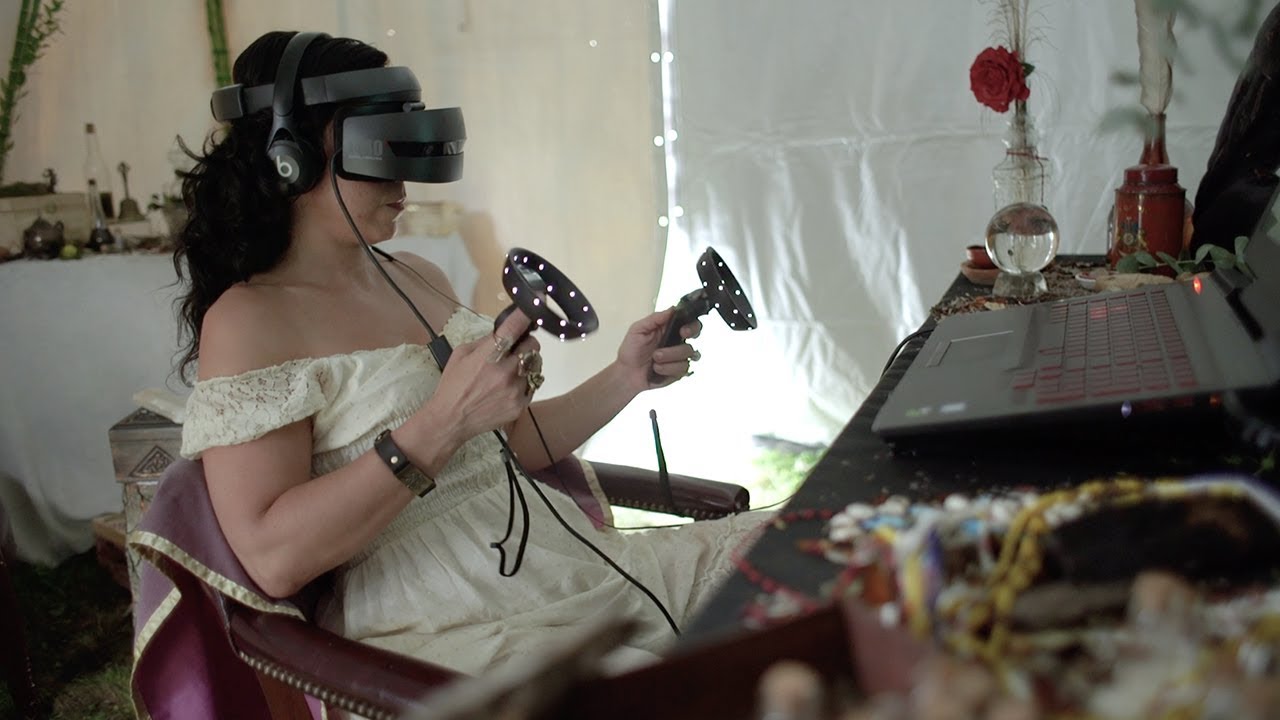 As technology breaks barriers, the walls around it are coming down, too. Technology that was once seen as inaccessible is now open source and within reach. Learn more about the people and technology behind immersive experiences—and how you can create one of your own.

"The Kinect is everywhere in the installation. As a participant, you're almost always covered when moving through the space."

Charlie Whitney is a creative developer specializing in interactive experiences that use emerging technologies in new and unique ways. He collaborated with Matthew Dear on DELQA, which used Kinect 2 sensors to create an interactive sound installation.
Explore the code
Daily tous les jours is an interaction design studio co-founded by Melissa Mongiat and Mouna Andraos with a focus on participation—empowering people to have a place in the stories that are told around them. The studio's technology lead, Eva Schindling, worked on Choreographies for Humans & Stars, an interactive dance installation on permanent exhibit at the Montreal Planetarium.
See the code

"Different areas of installation affect the music in different ways, changing or introducing new parts into the music."

Yotam Mann is a musician and programmer working at the intersection of music and technology, creating interactive musical experiences in the form of apps, websites, and installations. He collaborated on the design of the interactive sound installation, DELQA. His current project, Tone.js, is a framework for creating interactive music in the browser.
Learn how to use Tone.js
Raycaster is an experience design studio led by Ziv Schneider and shirin anlen that focuses on meaningful and interactive applications of emerging technologies in storytelling and cultural preservation. Ziv and shirin are proponents of open source and community-oriented technologies, and recently exhibited work at the Queens Museum in New York.
Try out Raycaster's code

"We're using the Kinect sensor to capture the performance in real time, and transfer it to the virtual world."

What's Next for HoloLens

Find out about new features launching for Windows Mixed Reality.
See the latest

Now you can create 360-degree holograms from real-life subjects.
Discover how

The Kinect can capture mixed reality footage without a green screen.
Explore the possibilities

Shaking up the fashion industry

See how mixed reality, AI, and IoT are shaping the future of fashion.
Learn more

Unleashing the arts through new experiences

Explore how leading artists and institutions continue to push boundaries with technology.

Ideas at the intersection of music and technology

Discover forward-thinking artists who are using Microsoft technology to transform the way we create and experience music.

Envisioning the future of fashion

Learn how major brands, up-and-coming designers, and innovative startups are using Microsoft technology to shape the fashion industry—and the future.