Rock band X Ambassadors teamed up with WE Schools and Microsoft to teach high school students about inclusion and accessibility.
Share

Casey Harris of the band X Ambassadors was born with low vision, but he hasn’t let that stop him from following his passion of creating and performing music.

In many ways, his whole life has been shaped by music, having learned to play keyboards as a child and later working as a piano tuner. In 2009, Casey and his brother Sam Harris decided to turn their childhood interest in music into something more, joining longtime friend and guitarist Noah Feldshuh (who has since left the group) and drummer Adam Levin to form X Ambassadors. Since then, their electronic-based pop has gained international acclaim and chart recognition. And along the way, the band has passionately advocated for accessibility and inclusion, as demonstrated in their 2015 music video “Renegades” featuring incredible feats undertaken by athletes with disabilities.

To expand their work as advocates, Casey and X Ambassadors partnered with Microsoft and WE, a non-profit helping young people affect change locally and globally, to educate high school students on the importance of accessibility—and share how technology can be a tool for greater inclusion.

Seniors from West Creek High’s “Teaching as a Profession” class learned a curriculum, developed by WE Schools, called WE Are One. The goal was to educate the class on different types of disabilities and demonstrate how technology can help create a more inclusive world in a multitude of ways.

With Casey as an example, students focused on people with blindness or low vision and experimented with tools like Microsoft’s Soundscape app. Soundscape uses 3D sound technology and lets users set audio beacons at specific locations on their smartphones. Based on these audio markers, the app then provides users with additional information about their environment, providing freedom and peace of mind as they explore or navigate to the set location.

Seniors in a West Creek High class learn the WE Are One curriculum.

The class also uses Soundscape on the sidewalks of Nashville.

After finding X Ambassadors' rehearsal studio using Soundscape, the students learn about accessibility and inclusion from the band.

Before they go, X Ambassadors treat them to a private performance.

Our shows have to be a safe space, an inclusive space, for everyone.

After exploring the school with the app, students and instructors took to the streets of Nashville, where they used Soundscape to locate X Ambassadors’ rehearsal studio in Music City. Along the way, they stopped to reflect on what the experience would be like without their sense of sight. At the studio, they met with the band and learned how X Ambassadors make their concerts accessible and inclusive for all fans.

The WE Schools program continues to develop and expand the WE Are One curriculum, which was co-created with Microsoft to teach students about people with disabilities and how technology can be used as a force for inclusion. Microsoft began partnering with WE in 2013 to bring its signature celebration of service-learning, WE Day, to the U.S. for the first time.

As a global nonprofit partnering with nearly 15,000 schools and groups across North America and the UK, WE is committed to helping young people identify local and global issues they care about and provide tools to empower them to affect change.

Inspired by keyboardist Casey Harris, who was born with low vision, rockers X Ambassadors set out to create an audio-only music video. 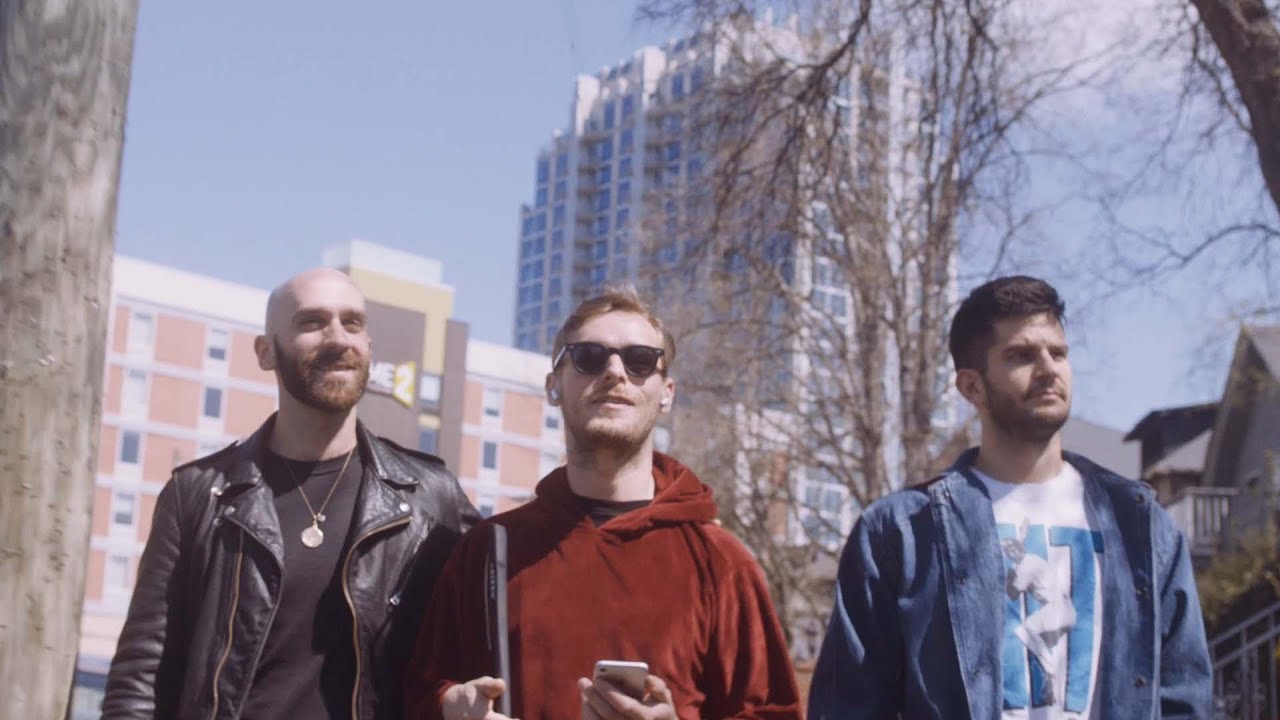 Product strategist Amos Miller talks about the design and evolution of Soundscape.

Whether you’re blind, have attention deficit disorder, or just prefer to keep your head up and out of your phone in unfamiliar places, a new 3D “heartbeat” that pulses through your headphones can offer new independence and confidence when navigating through a city.

WE Schools empowers students and educators to make a difference by volunteering, fundraising, or raising awareness around causes that matter.

Download the curriculum and learn how to use technology to make your school and community more inclusive for everyone.

Explore the world with 3D sound

Soundscape uses 3D audio cues to enrich ambient awareness and provide a new way to relate to the environment.

Unified Robotics is an inclusive program bringing STEM skills to students with disabilities through competitive robotics.

Vital works of Cuban art were digitally recreated in 3D to bring them overseas, thanks to a new mixed reality experience from Microsoft and the Cisneros Fontanals Art Foundation (CIFO).

HoloLens brings Brian Eno & Peter Chilvers' app, Bloom, into mixed reality, blurring the lines between the physical and virtual during a generative music and art installation.